So Long, Crane, We Appreciate You 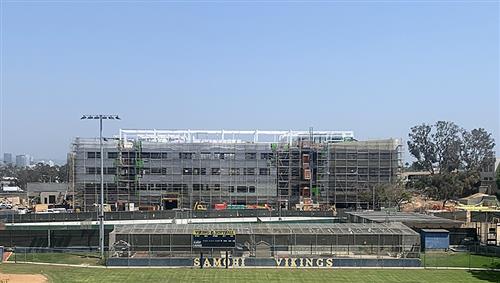 The Discovery Building project hit a milestone when contractors were able to remove the tower crane that had been a feature of the Santa Monica skyline for more than a year.

The crane is no longer needed because major structural pieces and mechanical equipment (like air handlers on the roof) have now been installed.

There is exterior work to be done still, but the majority of the effort now is on the interior: Ensuring electrical and plumbing are working properly and making classrooms look like classrooms, labs like labs, etc.

With students distance learning, much of the site work, such as the Science Quad area, was able to be moved up to be completed early.

The project is on schedule for the building to be occupied during the summer of 2021. 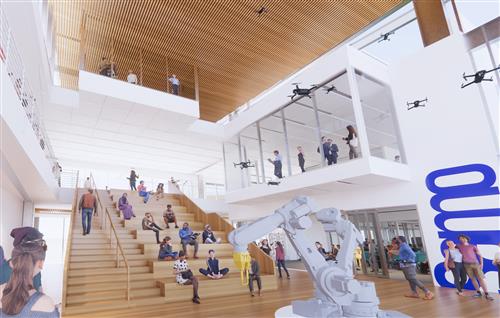 Meanwhile, the district is working with designers to plan Phase 3 of the Samohi Campus Plan. Among other things, it would include a new gym and a new classroom building that would contain a "pitch space" (above) where students could learn entrepreneurial skills that could drive startups in the future.